Per Ohio Revised Code 4511.194: Physical control means being in the driver's position of the front seat of a vehicle and having possession of the vehicle's, ignition key or other ignition device.

Fogt Law Can Help You

Attorney Fogt is certified in the NHTSA manual just like the police and has 104 hours of Continuing Legal Education classes on OVI alone.

Thank you for contacting us. We will get back to you shortly.

Please complete all required fields below. 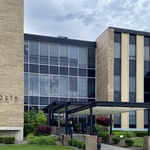